Skip to content
You Are Here:
Blog
/
Jack Sparrow

The sparrows squabbled in the top of the tall blue-green fir tree in my backyard.   As I sat on the deck early one evening last July, I could not see them, but they carried on with their bird-argument among the needles and cones of the fir tree.  They had a nest up there, I knew, and I imagined the parents feeding the little sparrows bugs as the nestlings jostled and squawked in their nest.  Noisy little things.

My black cat, Taz, strolled around the corner of the house.  Something caught his eye in the mown grass under the pine tree.  He trotted over, and padded at it with a paw.  As it was the end of a hot day, I was not too motivated to leap up to see what he had.  Then, Taz picked up a little grey bundle in his mouth, spit it out, and batted it around some more.  “Time to go save a mouse,” I sighed to myself as I rose from my lounge chair.

Mouse indeed.  Taz had spat out a tiny, mostly naked sparrow birdling.  I snatched it up.  Taz glared at me, then wandered off to find something else to torture.  He knew from past experience when I got my hands on his prey, it was his no longer.  Now what.  The little bird struggled in my hand.  For such a little guy, he (I decided it was a he without thinking about it much) sure was vigorous.  I looked to the top of the tall fir tree where the nest was.  There was no way I would be able to return him to his nest. The best I could hope for was to set him on a branch and hope the parent sparrows would hear him and return to feed him. Not only was the little bird strong, he made his displeasure known far and wide with his loud chirps.  I placed him on a branch and went in the house for supper.

An hour or so later, I walked out to see if the little sparrow was perched where I had left him.  Nope, he was on the ground again.  I plucked him up, and set him back on the branch.  He promptly walked off it, and fell to the ground with a soft plop.  Back up to the branch with him, then I got away before he marched off the branch again. A few minutes later, I came past the tree on my way to settle the horses for the evening.  The little mostly naked bird strode across the grass.  Talk about determination.  I wondered if he had a destination in mind, or was single-minded in his need to be somewhere.  Being on the ground was not a good place as the cats would surely find him again soon.

Once again, I picked him up and he thrashed around to try to escape.  My fingers clasped him in a gentle cage while his bird claws tickled my palm.  I was going to have to keep him, otherwise all I could see in his future was freezing to death overnight or a meal for a cat. For the moment, I tucked him in my shirt pocket as I continued on my way out to the horses.  He snuggled in, closed his beak and eyes and went right to sleep.

As I got the horses in from pasture and inundated them with spray for mosquitoes, I thought about what I was going to do with the little sparrow.  He stayed asleep as I went about chores.  He must have been exhausted from his tumble from the nest, encounter with Taz, and struggle across the lawn.  What an odd, indomitable little fellow he was.  He had such a strong life force.  It seeped into me from him even as he slept.  I knew I had to do whatever I could to allow him to grow and fly away someday.

Later, back in the house I lined a plastic turquoise bucket with soft, clean rags and set him in it.  In my bookroom where it was quiet (and I could shut the door to keep the cats out) I placed a heating pad under the bucket, set on low.  The little bird would have as cozy, warm and safe of a “nest” as I could provide.  He awoke and protested when I eased him out of my pocket.  Once in the bucket, I folded a corner of a rag over him, and he burrowed farther under and became quiet.  The next hurdle was to feed him.

I found a couple of drowned spiders in the dish of water on the deck for my dog and cats, and dug a few earthworms from the garden. I dangled them over the little bird’s beak, which he obligingly opened and I dropped them in.  He looked at me out of one of his brown bird eyes.  He became still and quiet, so I had a chance to examine him closer as he rested in my hand.  He was as light as, well, a feather.  His weight was soft and warm, a cotton ball that pulsed in my hand. There were grey-brown pinfeathers that sprouted from his head, wings, a narrow strip down his spine, and on his tail.  He held his tail pertly upwards.  His beak was yellow, and his legs were a scaly pale tan.  On his body where there were no pinfeathers, his skin was delicate and pink, a gossamer cover for his little body.  He cocked his head sideways and gazed up at me out of one eye.  There was nothing but a will to live reflected back to me.  His name popped into my head:  Jack Sparrow.  A good fit for an adventurous little sparrow and named after the character Captain Jack Sparrow in the movie Pirates of the Caribbean.  By now I was pretty sure the sparsely pinfeathered Jack Sparrow had decided to head off on his own adventure and had strode right over the edge of his nest to seek a voyage on his terms.  To honor his will to live, I had to keep him alive so he could fly free one day. 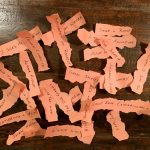 Going on behind the… 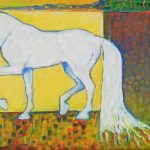 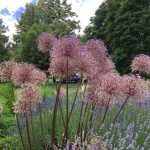 Here is a quick…